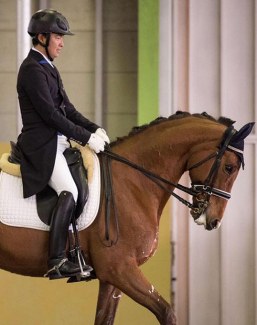 The Japanese equestrian federation has drafted a long list of candidates who will be vying for a team spot for the 2018 Asian Games, which are scheduled to take place in Jakarta, Indonesia from 18 August - 2 September 2018.

Japan has 26 riders who have expressed their intent to compete in the team selection trial for the Asian Games. The long list only includes rider names. Interestingly no horse names have been added to the long list.

The 2018 Asian Games were originally allocated to Hanoi (Vietnam), but the venue withdrew due to financial considerations. Now hosted in Jakarta, the Pan American Games features the Olympic disciplines of dressage and show jumping. The equestrian leg will be held at the Jakarta International Equestrian Park in Pulomas, East Jakarta. The venue is currently under construction and will be able to host up to 1,000 spectators.