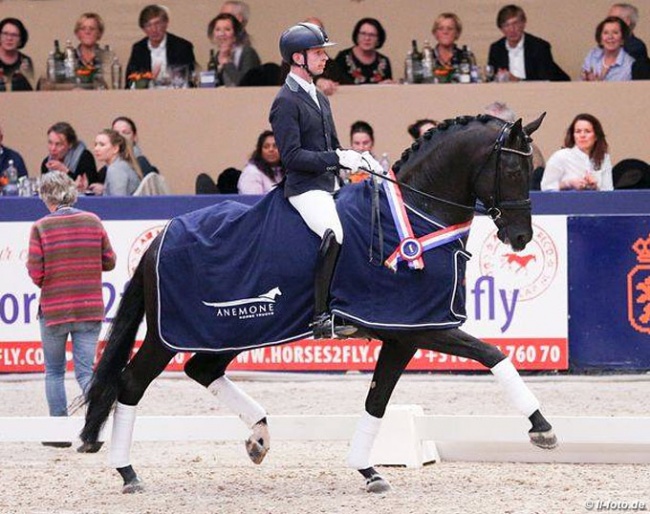 In the L-level division 15 stallions travelled to Den Bosch and the duel between Imposantos and In Style was won by the former stallion. Under Bart Veeze, Imposantos (by Wynton x Krack C) scored one point more in the overall ranking to win the title.  Imposantos was the one who reigned, impressing the judges with his trot and suppleness. Judges Monique Peutz and Maarten van der Heijden rewarded the black with 8.5 for walk and canter and 9 for potential and harmony. In Style (by Eye Catcher x Lorentin) became the runner up in the final ranking. The victory in the Finals class went to Emmelie Scholtens on the KWPN licensing champion Indian Rock (by Apache x Vivaldi). Because he did not compete in the qualifiers due to fitness issues, Indian Rock was not eligible to compete for the overall title.

At small Z-level division was won by Dana van Lierop on Gunner KS (by Belissimo M x Vincent). She achieved the highest score in the overall ranking and earned the competition title, but Franka Loos and Giovanni (by Chippendale x Scandic) were the high scorers in Den Bosch with 81 points. The stallion got 7.5 for walk and 8.5 for trot and canter. Giovanni had missed one of the qualifiers and could no longer play catch-up for the final competition ranking.