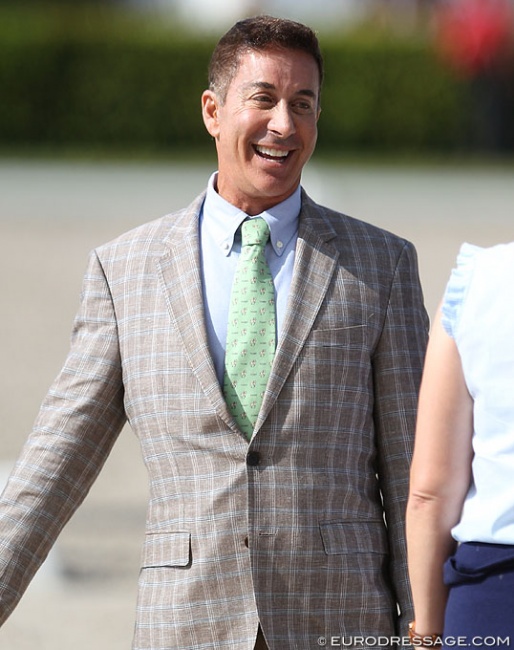 The United States Equestrian Federation has announced that up to eight of the highest scoring riders of the winter-spring 2018 season can be invited to a European show tour which count as observation events before official U.S. WEG team selection. They can be selected with more than one horse.

The qualification period for the Euro tour closes on 30 April 2018.

If an athlete is named to the Short List with more than one horse, the selectors will consult with the athlete for which horse they ride in the mandatory Observation Event. Waivers/byes may be considered.

No later than August 1, 2018, the U.S. Dressage selectors will review the short list combinations. They may request a short list combination to attend an additional Observation Event, such as the 2018 CDI Verden 3* or observations in the US or Europe (in the form of ‘home visits’ / possibly with selectors). The official observation event period is from May 1, 2018 – September 3, 2018.

Nominated Entries for the 2018 World Equestrian Games have to be named by 13 August 2018.

The ranking for the Euro Tour is not a definite selection method. "Athletes are not necessarily named by ranking order and there is no ranking of the short list," USEF Dressage Director Hallye Griffin told Eurodressage. "The ranking list is just a tool we have for selection. There are eight different points that will be used for selection, such as scores from tests, consistency of scores, trend of scores, previous international experience, potential to contribute to medal winning team, etc. So the ‘rankings’ certainly are not everything and we don’t want a perception out there that we only use the rankings."