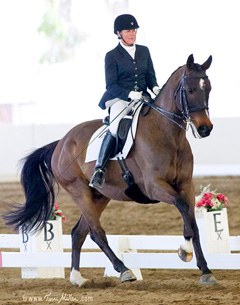 The current committee contains a balance in terms of both regional representation and experience. Members hail from across Canada and bring perspectives from the standpoint of high performance athletes, certified coaches, EC and FEI officials, competition organizers, owners and sponsors, as well as the grassroots.

The following individuals have been appointed following the close of applications in November 2017:

New to the committee in 2018 is Kimberly Cox of Calgary, AB, who is presently Director at Large for the Alberta Dressage Association (ADA) and sits on the Alberta Equestrian Federation (AEF) Long-Term Equestrian Development Committee.

“I’ve been part of the Calgary-area equestrian community since my family relocated here in 1967,” said Cox. “I’m proud to have achieved my EC Competition Coach Specialist accreditation in dressage in 2014 and have upgraded to Basic Dressage Judge as of Jan. 1, 2018. I look forward to serving on the EC Dressage Committee in the new year.”

Skene and Valkenborg were welcomed back for a second term in 2018. Skene is an EC Senior Dressage and Para-Equestrian Judge, and has also trained and competed with her own horses at the FEI level.

Valkenborg has been involved with EC since the 1980s, and now holds the titles of certified EC High Performance 1 Dressage Coach, Dressage ‘S’ Judge and FEI 3* Para-Equestrian Dressage Judge.

The Dressage Committee also extends sincere gratitude to outgoing committee member, Jean Duckering of Red Deer, AB. Duckering has been an active EC volunteer for many years, and has been a pillar of the dressage world in Alberta for decades through various roles, including Past President of the Parkland Area Dressage Association (PA/ADA) and the ADA.

“I want to thank the new and returning committee members for accepting these positions, and for their continued support and commitment to the sport of dressage in Canada,” said Victoria Winter, EC Dressage Committee Chair. “I would also like to recognize outgoing member Jean Duckering for her invaluable contributions.”