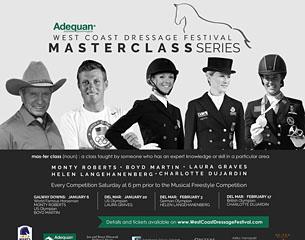 A full view of the Adequan® West Coast Dressage Festival (AWCDF) show circuit which runs from January 3 through February 17 is described on the website www.westcoastdressagefestival.com. Online entries are open and the prize lists are available through the festival’s website.

With a Concours de Dressage International (CDI) and a three-star national competition at each of the four shows, the circuit opens January 3-7, surrounded by the beautiful rolling hills of Temecula Valley wine country at the premiere, 242-acre Galway Downs which features permanent stabling, 14 arenas and 15 miles of trails.

From there, less than one hour’s drive away, the circuit opens its doors for the remaining three competitions at the Del Mar Fairgrounds where for the duration of the shows the entire facility is available only to AWCDF horses and includes permanent stabling and arena access. 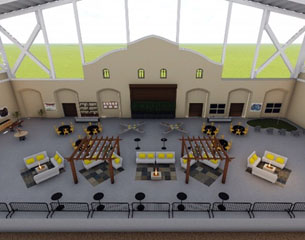 “This very unique opportunity offers the convenience of moving in, settling in and staying for the six-week duration of the show circuit. On January 7, all the arenas will be open to our show horses for schooling and training during the down days between the competitions. We will even have access to the race track for hacking during specific hours each day,” explains Scott Hayes, festival director. “And I must add that the Del Mar Dog Beach is only two minutes away.”

The all-inclusive stabling packages feature 14 x 14-foot permanent stalls with secure office-style tack rooms, 24-hour security, and dedicated crosstie areas. Arenas enjoy all weather GGT-Footing and in the event of rain, two indoor riding surfaces will be available between competitions. Outdoor arenas are available between and during competition for schooling horses not competing. A full-time stable manager will coordinate feed and bedding needs.

“Trainers and competitors from out of town can bring their clients and their horses to the Fairgrounds to stable and choose which shows to compete in. They don’t need to find alternative stables or facilities between shows,” says Hayes, who points to the availability groom apartment rentals within earshot of the stalls. Many vendors, including Mary’s Tack and Feed of Del Mar, will staff popup stores in the stabling area at the festival for the complete duration of the circuit. 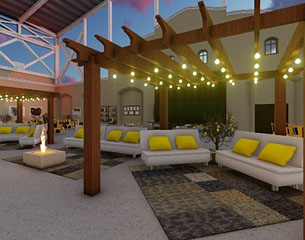 The four shows of the AWCDF are ranked by the Federation Equestre Internationale (FEI) as the following: CDI-W, CDI3*,CDI1*, CDIJ, CDIY, CDIU25, CDICh, CDIAm, and CDIYH. The national shows are recognized by U.S. Equestrian Federation, U.S. Dressage Federation, the California Dressage Society and the Oregon Dressage Society. More recognitions are to follow for other states.

Masterclasses conducted by guests from the US Equestrian Team, Germany and Holland are a crowd-pleasing feature of Saturday along with the FEI-level freestyles.

“Whether you’re a competitor, supporter, spectator or official, we want the level of service and fun to be extremely high,” says Hayes.

Sponsors of the new dressage circuit include Adequan® (polysulfated glycosaminoglycan) as title sponsor. In memory of the Westfalian dressage mount Weltino’s Magic, competed by Shannon and Steffen Peters, Bruce and Jen Hlavacek will sponsor the CDI1* through the duration of the Festival in his name. Arroyo Del Mar, home to Steffen and Shannon Peters training, and Akiko Yamazaki’s Four Winds Farm join the sponsorship roster, as well as Mary’s Tack and Feed, Leverage Legal Group and Reiten Right Equestrian Footing and more.