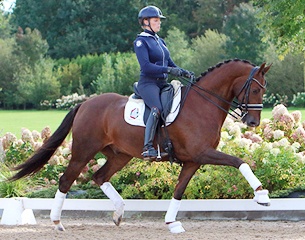 The 11-year old Dutch warmblood gelding Bollinger became the price highlight of the 2017 Equine Elite Auction held in Weert, The Netherlands, on 28 October 2017.

Seven horses in total out of a large collection of 52 young sport horses and upper level trained ones sold for 100,000 euro or more.

The second most expensive horse was Excellentie ST, a chestnut Dutch warmblood by Vivaldi x Flemmingh, which switched owners for 165,000 euro. 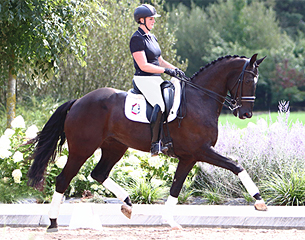 The 9-year old Dutch warmblood bred D'Artagnon (by Flemmingh x Houston) sold for 140,000 euro. He is originally named Del Piero. The same price was paid for Geronimo, who is the full brother to the KWPN licensed stallion and international Grand Prix horse Apache (by UB40 x Krack C). 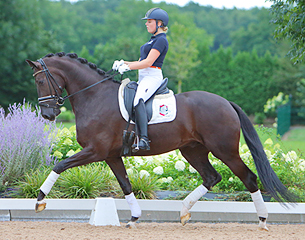 The 5-year old High Hopes W (by Wynton x Donnerhall) was the most expensive young horse, selling for 100,000 euro. The gelding had already sold once before via the Equine Elite auction. In 2015, a client of Laurens van Lieren paid 77,500 euro for this horse who was then a stallion.