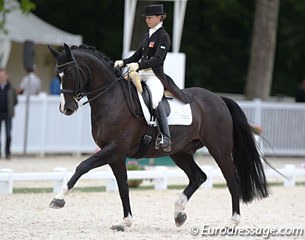 The Swiss Equestrian Federation and its dressage selectors have announced the short list of candidates for team selection for the 2017 European Championships in Gothenburg on 22 - 27 August 2017.

The short list was drafted after the 2017 Swiss Dressage Championships in Basel, Switzerland on 30 June - 2 July 2017. Six riders have been submitted to this list from which the definite team will be picked.

The definite team selection will bemade on 25 July 2017 after the CDIO Aachen and CDI Deauville.

The short listed Swiss riders are: