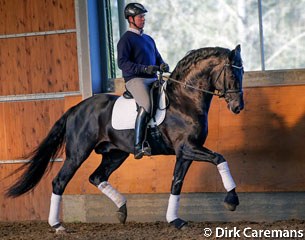 Belgian riders, who competed on the Belgian circuit for team selection for the 2017 World Young Horse Championships in Ermelo, have expressed severe concern and criticism on the selection criteria which the Dressage Committee of the Belgian Equestrian Federation altered at the end of the qualification process.

For the 2017 show season the Dressage Committee of the Belgian Equestrian Federation (KBRSF) has set out very clear rules for team selection at the beginning of the outdoor show season. Seven (!) Belgian national shows were marked as qualifiers for Ermelo. The four best achieved results per horse (2 scores in the preliminary test, 2 scores in the finals test) counted for points based on the ranking at the show. The four highest scoring horses overall in points, per age division, were to be nominated for Ermelo.

The final selection trial took place in Cheratte on 25 June 2017, but the Belgian Federation still has not announced the final ranking nor confirmed the two top scoring horses per age division, that have been nominated for Ermelo.

Instead on 20 June 2017, Elise van Gijsels, sports policy coordinator of the Belgian Equestrian Federation, sent out a memo to the riders that the rules for Belgian WCYH team selection have changed! Much belated, the KBRSF notified its candidates that selection is not only based on KBRSF rules, but also on those of the FEI/WBFSH which state that the minimum score for eligibilty is 75% for 5- and 6-year olds and 70% for 7-year olds. Furthermore, the Belgian federation will also take into consideration scores achieved in young horse classes at CDi's this spring show season.

By announcing these changes at the end of the selection process that CDI scores count as well, the Belgian federation has made a mockery of its own selection system. Understandbly Belgian riders are upset that they were forced to campaign their youngsters at seven national qualifiers in three months time, instead of being allowed to chose a select number of CDI's were they could have presented their horses to a more experienced and respected panel of judges to obtain those 75%-70% qualification scores.

Jule Jorissen, wife of Belgian WCYH team candidate and former Belgian Grand Prix team member Philippe Jorissen, no longer accepts the frivolous, self serving behavioiur of the federation that stands out in its lack of timely communication. She has become the voice of many riders who are frustrated by the federation's selection mess.

"The selection criteria for the WC in Ermelo are at the free will of the Belgian dressage committee without them being ashamed of their lack of professionalism," said Jorissen. "I truly wonder how the dressage committee wants to sell their selection citeria for the World Young Horse Championships to the participating riders without being ashamed and how they still dare to look into the riders' eyes." 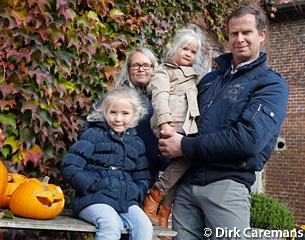 Jorissen stressed that "to this date the fei approved dressage schedule for Ermelo has not yet been posted on the Equibel website. Full stop. The last qualifier was ridden and a few combinations achieved the FEI set percentage. Meanwhile one notices that the entire judging system of the 5- and 6-year olds (in Belgium) was wrongly handled; they judged the tests technically and did not look at the quality of the horse. With this way of judging it's hard to achieve the required percentage. Woopsie, our committee did not see that and what shall we do now? How are we going to fix it? One says to other, 'let's change the rules once again, we love doing that!'. And there you go, something new again. Furthermore, if a combination ties with another, the committee will have to work on that too. One (committee member) likes to take the points of the qualifiers into consideration, the other states that there has to be another ride-off."

The nominative entries for Ermelo were due 3 July 2017, the definitive entries need to be sent in by 17 July 2017. Last minute replacements can be entered until 1 August 2017. Belgium has not yet officially announced any entries as the riders are revolting against the changed criteria and are throwing lawyers into the mix.

The fact that scores achieved in young horse classes at CDI's are now added to the process, highlights the big mess even more.

"If a Belgian combination goes abroad for a young horse competition and achieves the required score there more easily, they are considered equal to those combinations who earned the score at a national selection trial where the tests were only judged on a technical level," Jorissen said in disbelief. "The Belgian dressage committee has succeeded in making yet another fantastic mess. Thanks," she concluded.