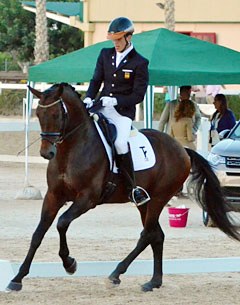 The Spanish equestrian federation and its national selection committee, in cooperation with ANCCE, has announced the Spanish horse-and-rider combinations that have been nominated to represent Spain at the 2017 World Young Horse Championships in Ermelo, The Netherlands on 3 - 6 August 2017.

The nominative entries for Ermelo were due 3 July 2017, the definitive entries need to be sent in by 17 July 2017. Last minute replacements can be entered until 1 August 2017.

The Spanish Federation announced its horses on 22 June two weeks after the 2017 Spanish Dressage Championships in Segovia, where national young horse classes were held as selection trial for Ermelo.

The Spanish horses for Ermelo are: