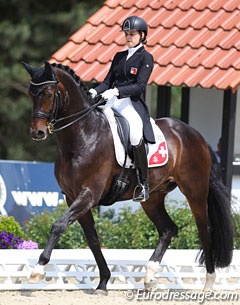 The Swiss Equestrian Federation has announced the teams that will represent Switzerland at the 2017 European Junior and Young Riders Championships in Roosendaal, The Netherlands, on 9 - 13 August 2017.

Following the 2017 Swiss Dressage Championships in Basel last weekend, the dressage selectors of the Swiss federation were able to make their selection.

Switzerland will not be fielding a Children's team, although in 2015 they were the European team champions.

The Swiss teams are comprised of: