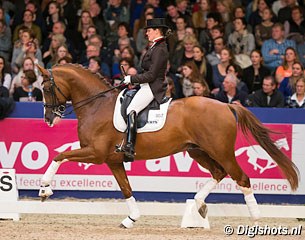 The chestnut stallion also fulfiled the KWPN requirements for exterior, the veterinary report and for sport.