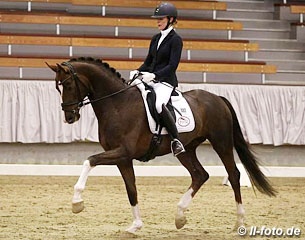 The sport test is a mandatory assessment moment for young stallions, ages 4 and 5, to obtain a full licensed status in Germany.

Owned by Anemone Samyn of HC stables, the liver chestnut Bonds scored 9 for trot, 10 for canter, 7.6 for walk, 9.5 for rideability and general impression, to finish on a total of 9.12 points. Bonds was presented by his newly allocated rider Beatrice Buchwald, who began training the horse at the beginning of January. 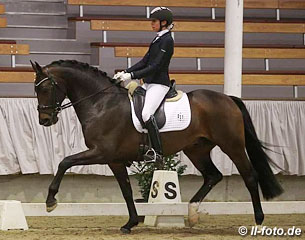 The second highest scoring stallion was For Emotion (by Foundation x Sandro Hit), who earned 9.2 for trot, 8.7 for canter, 8.5 for walk and 9.5 for rideability and general impresson. His total was 9.08 points. This bay colt was a 2016 PSI Auction horse, selling to Andreas Helgstrand for 550,000 euro last December.

The third best scoring stallion was the Dutch warmblood Ibiza (by Desperado) who got 8.7 for trot, 9 for canter, 8.8 for walk, 8.5 for rideability and 8.8 for general impression (total 8.73 points). The Oldenburg For Final (by For Romance) and Westfalian Furstenzauber (by Furstenball) did not complete their test. 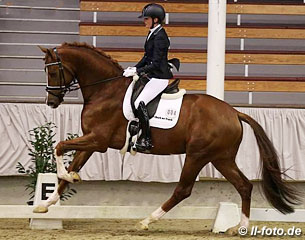