Briana Burgess Ready for 2017 with New Website and Talented Horses 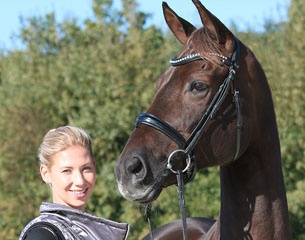 Australian Grand Prix rider Briana Burgess saw her 2016 Olympic campaign ended with the retirement of her top Grand Prix horse La Scala in March 2016. The set back gave 29-year old Briana even more determination to build her budding business in Germany, with new clients' horses, students eager to learn, and a new website.

"In 2016 I really focused on taking the time to build up my clients horses and students as well as my next up and coming ones," Burgess told Eurodressage. "I felt it necessary to spend the time developing them in 2016 which meant training and competing in Germany on the national shows. This year I believe they will be ready for their international starts."

Briana began her own independent training and sales business in Munster, Germany back in 2014 after training with Johan and Penny Rockx and Monica Theodorescu. While she continues to finetune her riding skills with Swedish Olympian Patrik Kittel, Briana is focusing her attention on training her sales horses up the levels and competing them at national level in Germany.

"To make Team Burgess more accessible my website has been revamped where you can find all the latest news, services and updated horses that we have available," Briana added. 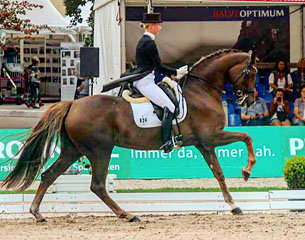 "I rode Sissi in the Nürnberger Burgpokal class for developing Prix St Georges horses last year at the German Championships in Balve. The mare competed successfully in the small tour but now she's ready for the next level," said Briana.

Burgess also wants to expand her business to include more coaching of students.

"Until now I have really focused on competing and my business in training and selling," said Briana, "but I really enjoy to train students so I would like to be able to find more time to do that as well." 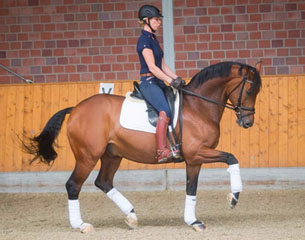 The new year looks promising for Briana with a big string of horses and her mind set on more national level showing. She also leaves the window open for a return to the CDI competition circuit.

"All the horses will be on national shows this year from the 3-year olds until the older ones. Hopefully I'll be starting the up and coming Grand Prix horses internationally."