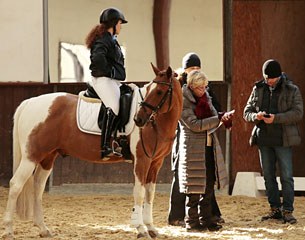 Renowned 5* dressage judges Katrina Wüst (GER) and Thomas Lang (AUT) have been conducting two clinics at Unikornis Stable in Budapest, Hungary, in November as part of the systematic development and improvement of dressage sport in the country. Hungary will be host to the 2017 European Pony Championships and a candidate for the 2024 Olympic Games. A private initiative has been set up to promote the development of high performance dressage sport in Hungary.

Dressage in Hungary is thriving with 2016 being one of its most successful years to date for Hungarian youth riders in international sport.  For the first time in history, a Hungarian pony rider was able to qualify for the Kur to Music finals at the European Pony Championships. Jazmin Yom Tov steered her tobiano pony Jazzo to a 13th place in the Freestyle finals in a field of 18 competitors. 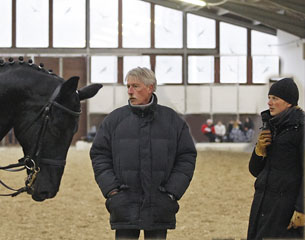 A major contributing factor to the success of numerous riders in 2016 were the regular training sessions and clinics hosted in Hungary to prepare Hungarian riders for international shows and to work towards a higher standard of riding.

The November 2016 clinic with Wüst and Lang focused on the younger generation but several FEI level riders participated too. The clinics were open to riders from all levels and were well attended by the parents, support teams and daily trainers. Hungarian Chef d'Equipe Zsofia Dallos took part and co-operated with the judges on both clinic days.

Austrian judge Thomas Lang clearly stressed that judges favor lightness and ease in movements. He stated that it will be the future of dressage sport and correct riding will be rewarded. German judge Katrina Wüst gave a theoretical session on the well balanced freestyle and worked on kur riding n the training sessions. Choreography and music were on the agenda. She gave valuable insight from the judge’s point of view in what a harmonious freestyle test looks like. 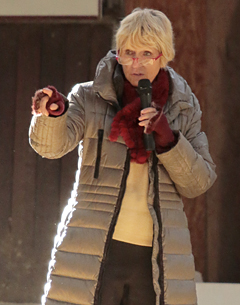 This training initiative will carry on in 2017. The clinics' sponsor and organizer Arie Yom Tov is convinced that the only way to reach the Olympics is to continue training with the most experienced international dressage mentors. For the development and improvement of Hungarian riders in the coming years, they have to work with an expert panel of coaches on a regular basis. 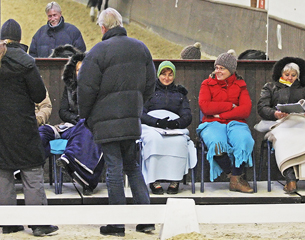