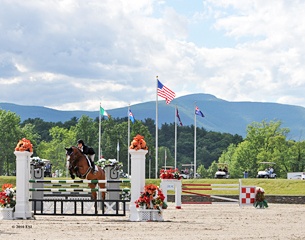 HITS-on-the-Hudson in Saugerties, New York, has launched a bid to host the 2017 North American Junior and Young Rider Championships. The bid is pending approval from the FEI.

The United States Equestrian Federation (USEF) announce that Saugerties, Ny, is the proposed location for the 2017 North American Junior and Young Rider Championships (NAJYRC) hosting the disciplines of dressage, jumping, and para-dressage.

The NAJRYC has traditionally been held at venues such as Lexington, KY, and Parker, CO most recent years.

The USEF is working alongside discipline affiliates to select the host venues for the 2017 endurance and eventing championships.