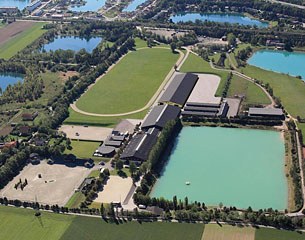 The annual easter international dressage competition in Stadl Paura, Austria, will relocate to a new venue in Wiener-Neustadt for the 2017 edition.

The 2017 CDI Stadl Paura was scheduled to take place on 10 - 17 April 2017. The dates have remained unchanged, but the venue has altered to the facilities of the Steinbrecher family's Lake Arena in Wiener Neustadt.

In addition to the traditional youth riders classes and small and big your, there will be classes for young horses and an Under 25 division in 2017.

“With this indoor tournament, we want to give the riders the ideal opportunity to preprare themselves for the outdoor season and all of the major championships of the summer," said show-organizer Monika Beudel.

The equestrian facility at Wiener-Neustadt has 500 permanent stalls, an indoor competition school and indoor warm-up arena, and a second, large warm-up arena and race-track.