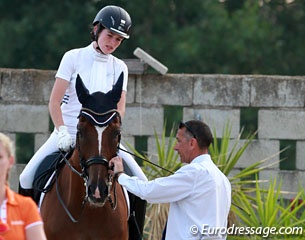 The FEI has announced the creation of a Working Group on FEI Officials as discussed at the FEI Sports Forum 2016. Its main tasks will be to develop proposals for the improvement and harmonisation of the management, education, and career progression of FEI Officials across all disciplines.

The Working Group will be chaired by Mark Samuel (CAN) and will have Brigitte Elise Mathias (NAM), Frances Hesketh-Jones Triulzi (ITA), Sönke Lauterbach (GER), and Peter Bollen (BEL) as members.

The Working Group’s first meeting is planned for 12 and 13 September at the FEI Headquarters. It will be followed by another meeting in early 2017. The Group’s recommendations will be presented to the FEI Bureau in April 2017. In case these recommendations lead to modifications to FEI rules, the relevant changes will be submitted to the FEI General Assembly’s approval in November 2017 for implementation as of 1 January 2018.