Lee Tubman, from Rider to Judge at the North American Young Riders Championships 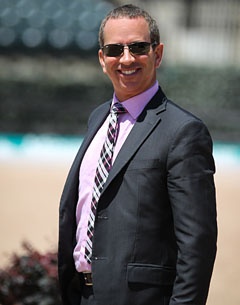 Canadian FEI 3* Dressage Judge William Lee Tubman is the first ever judge to have competed as a Young Rider as a rider and now serving as a judge at the 2016 North American Junior and Young Riders Championships, which are taking place at the Colorado Horse Park in Parker, CO, U.S.A. on 28 - 31 July 2016.

Lee first competed as a Young Rider in 1981 at the first ever North American Young Rider Championships in dressage in Wayne, Illinois, USA. He captured team bronze and placed 11th individually.  In 1982, the NAYRC was held in Maple Ridge, British Columbia, Canada, where Lee was on the Gold Medal team and placed 7th individually. Flying Horse Farm near Boston, Massachusetts, held the 1983 NAYRC and Tubman qualified for a third consecutive year on the Canadian team. He placed 13th individually and won the consolation dressage competition.

Coming straight out of Young Riders Lee began his judging career taking courses in Canada and Germany. Not long after he began coaching and discovered that he had a natural talent for teaching. Eventually Tubman became an Equine Canada High Performance Coach and was named by 3M Canada as male 'Coach of the Year' in 1994. 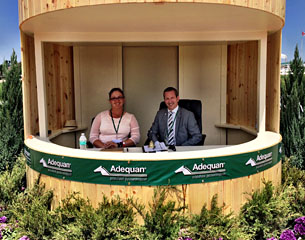 When asked about competing as a Young Rider, Lee said, "For me it was one of the most rewarding experiences of my riding career. It was a great opportunity to meet fellow riders from all over North America who came together to compete at one event. I had never competed on a team before and that was a completely different perspective. It really felt like we were at a smaller version of the Olympics."

For Tubman returning to the North American Young Riders Championships as a judge this year has very special meaning.

"To be honest I was as excited to be asked to judge as any of the competitors to qualify to compete," he stated. "This show has been on my judging bucket list for a long time. To be a competitor, coach and now to judge the competition has come full circle."

Lee presently resides in Wellington, Florida where he continues to coach, train and judge. Lee judges and teaches clinics throughout Canada, USA, Mexico and South America.