One Hungarian Horse to Compete at 2016 World Young Horse Championships 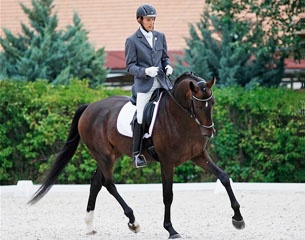 The Hungarian Equestrian Federation has announced that it will be sending one horse-and-rider combination to the 2016 World Championships for Young Dressage Horses in Ermelo, The Netherlands, on 29 - 31 July 2016.

The dressage committee of the Hungarian equestrian federation has nominated one duo for the 5-year old division:

The 31-year old Csaba has competed his Siracusa at one international dressage show which included young horse classes. At the 2016 CDI-W Lipica in May, the pair finished fourth twice in the 5-year old classes with scores of 74.400 and 75.200.

Siracusa is bred by Paul Schockemohle and is owned by Julia Nagyhazi.