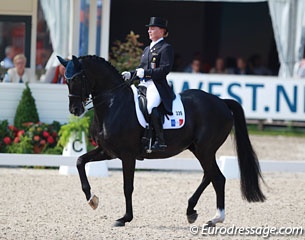 The French equestrian federation has officially selected its dressage team that will be representing France at the 2016 Olympic Games in Rio de Janeiro, Brazil on 9 - 15 August 2016.

The French Olympic dressage team was selected by team trainer Jan Bemelmans in agreement with technical dressage department of the French Federation, headed by Emmanuelle Schramm.

The reserve combination is Alexandre Ayache with Axel