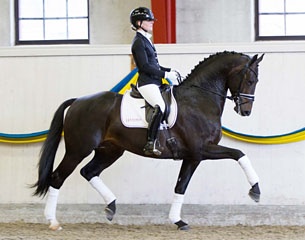 The Swedish equestrian federation has announced the horse-and-rider combinations that will represent Sweden at the 2016 World Championships for Young Dressage Horses in Ermelo, The Netherlands, on 29 - 31 July 2016. Sweden will be sending four 5-year olds, two 6-year olds and four 7-year olds.

The Swedish federation hosted two weekends of selection and observation trials across the country but the selectors also took the results of the national young horses held during the 2016 CDIO Falsterbo on 8 - 10 July into consideration as Falsterbo was marked as the selection finals.

The selected Swedish horses are: