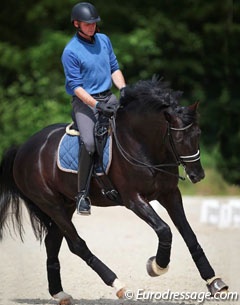 Following a series of six national qualifiers of which five ended up counting for ranking points, the Belgian Equestrian Federation has been able to announce the horse-and-rider combinations that will represent Belgium at the 2016 World Young Horse Championships in Ermelo, The Netherlands, on 29 - 31 July 2016.

The Belgian federation hosted six national young horse qualifiers, yet decided to drop the results of the first one in Diepenbeek in April due to the absence of a second judge there. Five shows served as opportunity for riders to score points. The two highest ranked riders on those rankings were nominated for Ermelo.