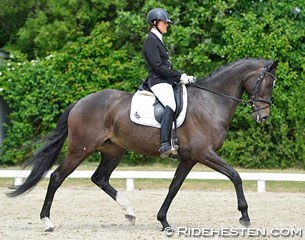 The Danish equestrian federation has announced the long list of horse and rider combinations which have been accepted to participate in the official training and observation trials for team selection for the 2016 World Young Horse Championships in Ermelo, The Netherlands. Two selection events as well as a list of pre-selected horses based on their achievements were used to draw up the long list.

The first observation trial for the long-listed pairs will be held on 11 June 2016 in Vilhelmsborg. The team will be announced after a final selecion competition on 1 - 2 July 2016 in Vlhelmsborg.