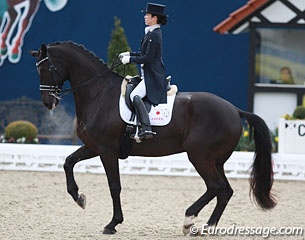 Japan qualified a team for the Olympics by pipping South Africa at a special qualification event at the CDI Perl-Borg in September 2015 which was open to competitors from FEI Olympic Groups F and G and to the FEI Olympic Group C countries Kazakhstan, Kyrgystan, Turkmenistan and Uzbekistan.

This winter and spring show season, all Japanese team contenders travelled to Europe to compete their horses and obtain their Minimum Eligibility Score of two times 64% in the Grand Prix. 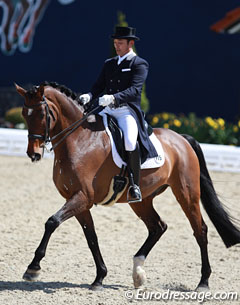 After five months of competition, six riders have achieved their MES and are invited to participate in the determining Japanese Olympic selection trial held at Hof Kasselmann. The riders will ride the Grand Prix test both on 1 and 2 of June. The four highest scoring riders after their scores have been totalled will be selected on the team.

The six riders competing in the Hagen selection trial are: Yuko Kitai on Don Lorean, Akane Kuroki on Toots, Kazuki Sado on Ziroco, Masanao Takahashi on Fabriano, Shingo Hayashi on Clearwater and Ramses der II, and Kiichi Harada on Egistar.

Japan's Dressage Chef d'Equipe, Mr Terui, is in charge of the team selection.