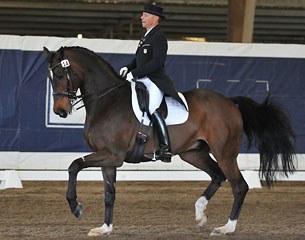 In response to Olympic fever as well as overwhelming demand from riders to compete at dressage events on the American West Coast, the 2016 CDI series on the U.S. West Coast has been expanded to four Olympic qualification events.

The Los Angeles Winter CDI-W/Y/J/U-25 will be held January 28-31, followed a month later by the Mid-Winter CDI-W/Y/J/U-25 on February 25-28. Both will be held at the Los Angeles Equestrian Center in Burbank, and will not only offer elite athletes a head start on earning scores towards possible Olympic qualification, but will also serve as the year’s only West Coast U.S. qualifiers for the 2016 World Cup Dressage Finals in Goteborg, Sweden, in March.

New for this year is the addition of Del Mar to West Coast line-up. The Dressage Affaire CDI 3*/Y/J/U-25 will be held at Del Mar Horse Park on March 10-13, followed by the return of the Festival of the Horse CDI 3*/Y/J/U-25, March 30-April 2 at the Rancho Mission Viejo Riding Park in San Juan Capistrano, California.

"There’s nothing like the excitement of an Olympic year, and we can’t wait to see what will happen in the coming months and are so proud to be a part of riders’ journeys as they pursue their dreams," said show organizer Glenda McElroy. "Now as we enter our third year of organizing these events, I continue to be overwhelmed by the positive response from the West Coast dressage community and am so proud that our shows continue to get better and better. We’re delighted to expand into our fourth event for 2016."

Related Links
Three CDI's Scheduled in California for 2015
A Whirlwind Came from California and Cleanswept the Scene!