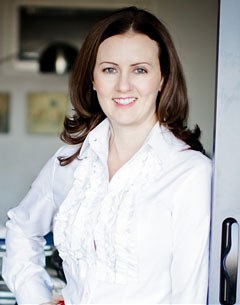 The Board of Equestrian Australia (EA) announced  Paula Ward as its next Chief Executive Officer. Ward is a former CEO of the Judo Federation of Australia and Founder of Know The Game – a training organisation that educates people about the fundamentals of sports.

A registered psychologist with 20 years of experience in human resources, Ms Ward’s links to sport are further exemplified through the board and committee positions which she holds, including a director role with the Australian Womensport & Recreation Association (AWRA).

Equestrian Australia Chair Judy Fasher said the Board was delighted to welcome Ward to the CEO’s position.

“Paula is a highly credentialed sports administrator with strong relationship management experience and we are pleased to have her as our next CEO. Paula’s leadership and strategic planning experience will be invaluable as EA embarks upon a review of its strategic priorities in 2016. With the Rio Olympic Games also around the corner Paula’s background in high performance Olympic sport is also an advantage,” said Mrs Fasher.

Having learnt to ride as a teenager at Pony Club, Ward said she was looking forward to lending her professional skills to a sport which she has long been interested.

“I’m honoured and excited to have been appointed to lead this remarkable sport. Equestrian Australia has a proud history of success at the elite level and building further on these achievements is a challenge I accept with confidence and determination. Our capability extends across the high performance, pathway development and participation portfolios. To further enhance our capability will require collaboration across the equine community to facilitate a united approach to ignite new growth in our sport, as well as explore how best to connect with a diverse public to showcase what makes equine sport compelling,“ said Ward.

Ward will officially start in the positon on 5 January 2016. In the meantime and prior to Ms Ward’s commencement in the CEO role, EA’s Finance Manager Daniel Griffiths will assume the position of Acting CEO.