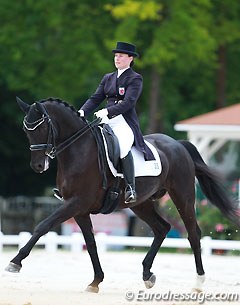 The Luxembourg equestrian federation will be fielding a team of four horse-and-rider combination that will represent Luxembourg at the 2015 European Dressage Championships in Aachen, Germany, on 12 - 16 August 2015.

In the spring quite a lot of commotion arose when the Luxembourg dressage committee decided to toughen the team qualification criteria already when the show season was underway. The standard was raised from 64% to 66%.

Luxembourg has now selected a team of four riders that were able to achieve the 66% qualification standard.