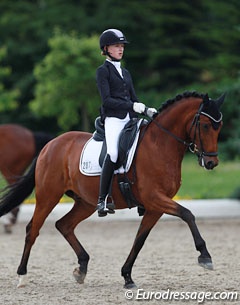 The German equestrian federation and its pony team trainer Cornelia Endres have announced the team that will represent Germany at the 2015 European Pony Championships in Malmo, Sweden on 5 - 9 August 2015.

The German dressage pony riders had a final observation trial at the national show in Darmstadt after a series of qualification events including the 2015 Preis der Besten and CDIO-P Hagen.

The reserve rider is Marie Linsenhoff on Golden Girl.