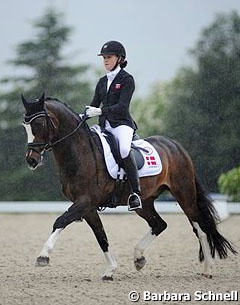 The Danish equestrian federation and team trainer Jette Nevermann Torup have announced the team that will represent Denmark at the 2015 European Pony Championships in Malmo, Sweden on 5 - 9 August 2015.

The reserve rider is Nikoline Ulrich on Dornick Son