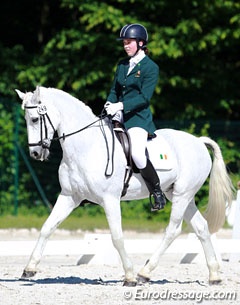 Pony Dressage High Performance Manager Anne Marie Dunphy said, "I am delighted we are in a position for the first time to field a full team of four, plus reserves, indicating the rise in both participation and standard of pony dressage developing in Ireland. The team is comprised of two experienced championship riders and two making their debut at the level, backed up by very solid reserves”.