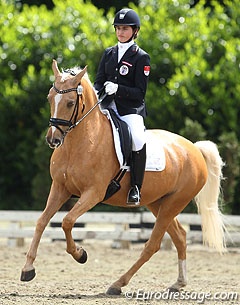 The Austrian equestrian federation has selected the team that will represent Austria at the 2015 European Pony Championships in Malmo, Sweden on 5 - 9 August 2015.

The Austrian pony riders will be supervised by chef d'equipe Diana Wunschek.

The reserve rider is Alessa-Louisa Djaber-Ansari on Milky Way, a 9-year old gelding by Eiluns Milano