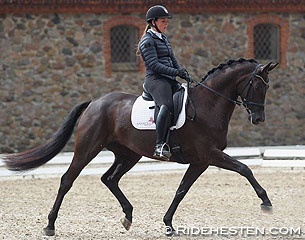 Seven 5-year olds and five 6-year olds are short listed and still in the running for Danish team selection for the 2015 World Championships for Young Dressage Horses in Verden, Germany, on 5 - 9 August 2015. The second and penultimate Danish WCYH selection trial took place on 22 June 2015.

A group of nine 5-year olds and six 6-year olds were presented at the second observation trial on 22 June and three horses in total were dropped from the long list. The drop-outs are Torveslettens Fifty Fifty, Springborgs Acaia and Gasolin.

The final team selection will be in Vilhelmsborg on 13 - 14 July 2015 after which the judges and selectors will pick the team of four horses per age division.