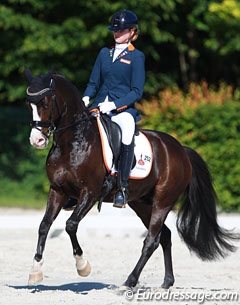 The Dutch equestrian federation and team trainer Tineke Bartels announced the combinations that will represent The Netherlands at the 2015 European Pony Championships in Malmo, Sweden, on 5 - 9 August 2015.

Following a final observation event at the 2015 KNHS FEI Pony Cup finals in Etten-Leur, The Netherlands, last weekend, Bartels was able to make her final selection for the team.

The reserve pony rider is Kim Noordijk on Brasil