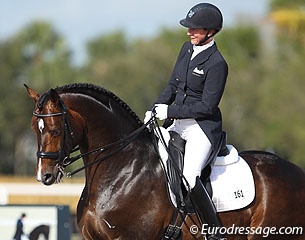 The United States Equestrian Federation (USEF) has named the Team and traveling reserves for the U.S. Pan American Dressage Team for the 2015 Pan American Games, which are held in Toronto, Canada. The equestrian disciplines take place at the Caledon Equestrian Center in Palgrave, Ontario, on 11 - 14  July 2015.

The following athlete-and-horse combinations will compose the U.S. Team:

The following athlete-and-horse combinations have been named as traveling reserves to the U.S. Team:

The 2015 U.S. Pan American Dressage Team is subject to approval by the United States Olympic Committee.