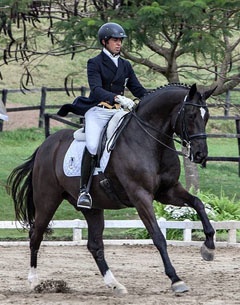 The Brazilian Equestrian Federation has announced the team that will represent Brazil at the 2015 Pan American Games in Toronto, Canada, on 11 - 14 July 2015. Pan Am dressage will be held at the Caledon Equestrian centre.

After a series of qualification events, CDI's held in the Sao Paulo area this 2015 winter and spring show season with last weekend's CDI Aracoiaba da Serra as concluding trial, the selectors were able to pick the riders for the team. The criterium was two scores above 68.00% in the small tour in order to be considered for team nomination.

The 2015 Brazilian Pan Am Team includes: