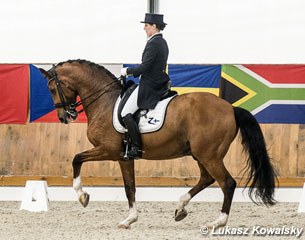 Eurodressage's Polish photography correspondent Lukasz Kowalski has made an interesting selection of photos from the 2015 CDI Zakrzow in Poland, which took place on 24 - 26 April 2015. Finnish Eevamaria Porthan-Brodell and Swedish Sophie Fleming Tarnstrom topped the leader board in the big tour classes.

The 2015 CDI Zakrzow featured a nice field of Eastern European and Scandinavian dressage riders alongside local heroes and a nice delegation from the Czech Republic.

Finnish Eevamaria Porthan-Brodell has been competing her 19-year old Danish warmblood Solos Lacan (by Castro x Lagano) sparingly since the 2014 World Equestrian Games. The duo has only been out in the winter at the CDI Helsinki and CDI-W Stockholm before resurfacing this spring in Zakrow where they scored 69.160% in the Grand Prix and 69.647% in the Grand Prix Special. 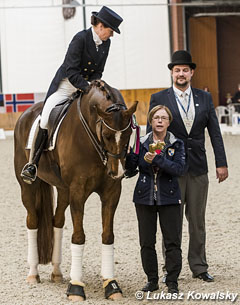