Three CDI's Scheduled in California for 2015 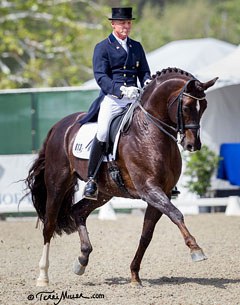 Three international dressage competitions have been scheduled to take place in California in 2015:  the Mid-Winter Dressage Fair CDI-Won 20 - 22 February 2015 in Burbank, as well as back-to-back shows in San Juan Capistrano with the Capistrano Dressage International CDI-W on 20-22 March and the Festival of the Horse CDI 3*on 26 - 28 March 2015.

For the first time, the Festival of the Horse will also host the 2015 KWPN-NA Annual Meeting, an event popular with breeders, riders, trainers, and sport horse enthusiasts.

These 2015 competitions look to be particularly intense as the Mid-Winter Dressage Fair CDI-W and Capistrano Dressage International CDI-W are the only two West Coast qualifiers for the 2015 World Cup Dressage Final, which returns to Las Vegas, Nev. on 15 -19 April 2015.

Some of America's best Grand Prix horses and riders including Steffen Peters, Kathleen Raine and Jan Ebeling are expected to compete at these events in an effort to earn a coveted invitation to the Finals.  High Performance competitors attending all three CDI's will also be seeking valuable qualifying scores for next summer's Pan American Games in Toronto, Canada, where a new format of naming mixed teams of large and small tour combinations will be utilized for the first time.

The 2015 KWPN of North America (KWPN-NA) Annual Meeting is scheduled for 26 - 28 March 2015. With an impressive roster of speakers and demonstrations, headlined by Dutch KWPN Stallion licensing committee member Marian Dorresteijn and Bart Henstra (head jury member of the KWPN-NA keurings), this event will create a dynamic atmosphere of education combined with live international horse sport in the stunning setting of Southern California.