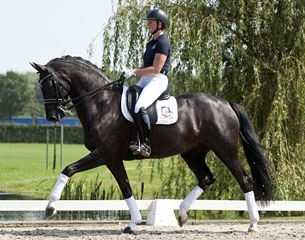 It is rumoured that an American buyer has acquired Duchess, but the mare will be shipped to the United Kingdom to be trained and competed by Spencer Wilton.