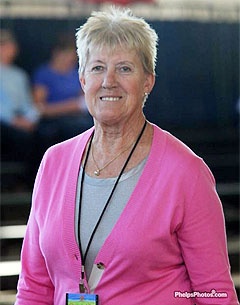 The impressive slate of officials for the 2015 World Cup Dressage at the Thomas & Mack Center in Las Vegas, Nevada, on 15 - 19 April 2015 has been annpunced. Lilo Fore of the United States will be President of the Ground Jury. She will be teamed with Stephen Clarke (GBR), Francis Verbeek (NED), Peter Holler (GER), Isabelle Judet (FRA), Annette Fransen-Iacobaeus (SWEà, and Maria Schwennesen (AUS).

Danish 5*- judge Hans-Christian Matthiesen of Denmark has been listed as reserve. Freddy Leyman of Belgium will serve as Technical Delegate and Elisabeth Williams of the U.S. will be Chief Steward.

Liselotte 'Lilo' Fore (USA) - President
Lilo Fore has been involved with top level dressage in the U.S. and around the world for decades. She is an FEI 5* judge, and has been a member of the Ground Jury for numerous international competitions including the Olympics, Pan American Games, and World Equestrian Games (WEG) including the recent 2014 WEG in Normandy, France. Fore is also a 3* Judge for Para-Equestrian and a United States Equestrian Federation (USEF) "R" Sporthorse judge. Fore has also has been successful as a rider, coach and breeder, and she has trained many horses to national and international victories.

Stephen Clarke (GBR)
Stephen Clarke has always been interested in training horses for every discipline. He was a show jumping and eventing rider prior to concentrating fully on dressage starting in the late '70s. He was team reserve rider for the 1988 Seoul Olympic Games with his horse Becket. Clarke is an FEI 5* judge. He is legendary for his leadership and was unanimously elected as FEI Official International Judge General. Clarke travels virtually all over the globe, and has been on the Ground Jury at numerous international competitions including the World Equestrian Games, European Championships, FEI World Cup Finals, and was President of the Ground Jury at the 2012 London Olympic Games. 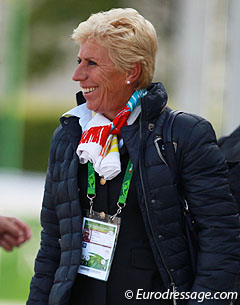 Francis Verbeek (NED)
Francis Verbeek of The Netherlands is also an FEI 5* judge, and has been successful as a trainer and clinician. Verbeek has been a dressage official at several FEI World Cup Dressage Finals and was President of the Ground Jury in 2010 at s-Hertogenbosch, The Netherlands. She has also officiated at Nations' Cups, European Championships, and most recently, at the 2014 FEI World Equestrian Games in Normandy, France.

Peter Holler (GER)
German judge Peter Holler has trained and educated dressage riders worldwide. He is an FEI 5* judge and also an FEI Dressage Mentor Judge. He has been an official at top international shows and Championships across the globe including the German Championships, Bundeschampionate, World Championships for Young Horses, and European Championships for Juniors and Young Riders. Most recently, he was the President of the Ground Jury at the Asian Games in Korea.

Isabelle Judet (FRA)
Isabelle Judet is well known worldwide as a FEI 5* judge and as a trainer for over 20 years. She has judged at the FEI Dressage World Cup Finals, European Championships, CHIO Aachen, and was the President of the Ground Jury at the 2014 FEI World Equestrian Games in Normandy, France. She served as the French Equestrian Federation's Chef d'Equipe from 1991 to 1994 including for the 1992 Olympic Games in Barcelona. From 1999 to 2002, she was France's National Trainer. Judet is also on the long list for the Ground Jury for the 2014 European Dressage Championships.

Maria Schwennesen (AUS)
Maria Schwennesen resides in Brisbane, Australia. She retired from the workforce and from competitive and professional riding which allows her to dedicate more time to her passion of dressage. Schwennesen is an FEI 4* judge and has worked on many national and state committees and boards including the Australian Dressage Committee. She was an Australian selector for the past two Olympics and for the WEG. She has been involved with the sport for over 30 years, and officiates at many international shows including the FEI World Challenge Tour each year. 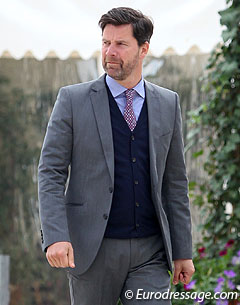 Elisabeth Williams (USA) - Chief Steward
Elisabeth Williams was extensively involved with the US Pony Clubs and managed part of their National Championships for many years. Elisabeth has been a US Equestrian Federation Technical Delegate since 1981, and an FEI Chief Steward for Dressage since 1994. She has officiated at many prestigious competitions, among them the 1995 FEI World Cup Finals in Los Angeles, the 1996 Olympic Games in Atlanta, the 1997 North American Senior Championships in Maryland, and the 1999 Pan-American Games in Winnipeg. She has also been the moderator for many US Equestrian Federation and USDF Technical Delegates Forums.