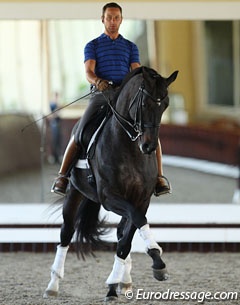 The Dressage Canada Selection Panel announced the names of the Canadian Dressage Team who will compete in the 2014 World Equestrian Games (WEG) in Normandy, FRA August 23 - 29, 2014. Selected according to the qualification thresholds and selection procedures, four rider/horse combinations are named to the Team.

Named to the Team in alphabetical order are

In addition to selecting the Canadian Dressage Team members, the Panel announces the rider/horse combination as alternate/substitute for the Dressage Team.

Named as a non-travelling alternate

"This Team represents a great combination of experienced, top international competitors and up-and-coming stars," said chef d'équipe Victoria Winter, who was a member of Canada's 2010 WEG Dressage Team.  "I congratulate all of our riders on their success, and I know that we will see some exciting results at WEG."