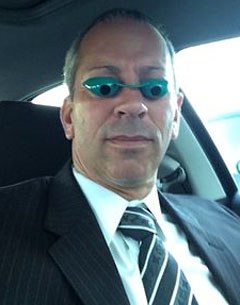 Canadian 5* judge Lorraine Stubbs has been awarded the title Doctor of Laws, honoris causa, from University of Guelph in Ontario, Canada‎, for her  "accomplishments in equestrian sport as a mentor, teacher, volunteer and my dedication to equine health and welfare."

Stubbs will be accepting this wonderful honor on her birthday 9 June 2014. She will be addressing the graduating class at that time.

The police in Skåne (SWE) confirms that Hector Carmona was arrested for making threats against one of the owners of the dressage horse Akeem Foldager in the wake up of Epona.TV pointing out animal abuse after Andreas Helgstrand presented Akeem Foldager with an open mouth, spur marks and ill-fitting bit at an open house day. The name of the man cannot yet be confirmed by the police. Swedish law enforcement plans to contact the police in Denmark because the man's threats extend to Danish residents. At Epona.tv, they have received notice that an internet rumour connects the man to them. "These rumours are not true, yet are being spread by Patricia Florin who part owns Akeem Foldager with Andreas Helgstrand and Hanni Kasprzak," Epona.tv stated.

According to Florin, the man who has been arrested "admitted to being beind Epona.tv".  "We'd like to stress that we are in no way affiliated with the man in question. The police in Skåne confirms that Epona.tv and the people behind Epona.tv have nothing to do with this incident. Moreover, according to the police, no details regarding the suspect or any criminal charges or anything said during questioning have been released to the public," added Luise Thomsen and Julie Taylor, who are the only two people behind Epona.tv

On his own Facebook page Carmona wrote down a tirade on Friday 9 May 2014 ranting against several top riders. He admitted to calling them on their phone with derogatory messages.  A call to Florin's partner Bjarke most likely led to his arrest. Carmona was only briefly detained and got released after being questioned by the police. 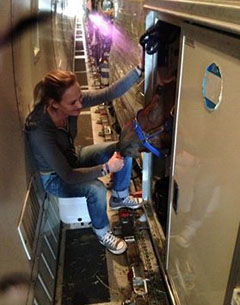 It never rains but it pours. Andreas Helgstrand suffered another blow after investigations started for animal abuse following a photo series taken by Epona at his open house day. Danish horse dealer Jens Erik Markussen came forward in Danish magazine BT (Berlingske Tidende), claiming that Helgstrand embezzled 160,000 euro from the sale of his horse Casio in the summer of 2012. The gelding was owned by three persons -- Markussen, Helgstrand and a third party -- but Helgstrand and the anonymous party sold the horse for a different amount they told to Jens Erik.  Initially they said Casio sold for 3.6 million DKK (approx. 482,000 euro), but Markussen found out that the horse sold for 4.8 million DKK (approx. 643,000 euro).  A similar situation happened in the sale of Donna Unique, in which Helgstrand did not tell co-owner Joan Andresen that he sold the horse for 900,000 euro more than originally claimed. When Andresen threatened to sue, the case got settled.

Former German U25 rider Romina Hoyzer made her come back to the show ring after a horse and show hiatus of a few years.  Only back in the saddle for three weeks, Romina competed Camiro Marrone, a 10-year old gelding by Contendro, which is owned by Nadine von Volkmann (the owner of Romina's Grand Prix ride Jamiro Rosso). The pair won an S-level test. "Unbelievable, first start, first victory and that despite several mistakes and going off course," Romina admitted.

Jeroen Witte and Emmelie Scholtens are relocating their business from Jeroen's father Nico Witte's yard in Schijndel, The Netherlands, to Dutch horse dealer Ad Valk's place in Gorinchem, The Netherlands, where Emmelie will train the stallions and Jeroen prepare the young colts for the licensing in hand.

Danish Grand Prix rider Helene Melsen acquired the 9-year old licensed Trakehner stallion Aston Martin, which was advertised for sale by Dream Sports Horses. Under John Hvalsoe Saul, the black stallion Aston Martin competed at the World Young Horse Championships in Verden and was shown up to Intermediaire I level.