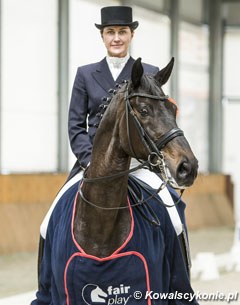 With no less than 5 CDI's taking place in Poland in 2014, this Eastern European country is taking centre stage as a competitive nation on the annual FEI calendar. The Polish 2014 CDI show season kicked off in Zakrzow on 25 - 27 April 2014 where Ukrainian Svetlana Kiseliova and her 17-year old Parish were unbeatable in the big tour.

Dressage action continues in Poland next week with the CDI 3* in Radzionkow. There are two back-to-back competitions in Poland in September: the CDI 3* in Czosnow and the CDI-W in Wroclaw. The Polish international season ends with another 3* in Zakrzow at the beginning of November.

Check out a selection of photos from the show ring and behind the scenes at the 2014 CDI Zakrzow.