Building for the Future at Performance Farm 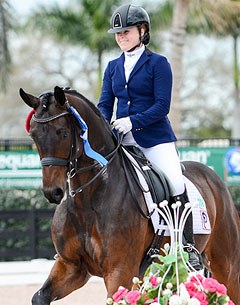 It was the riders of Performance Farm that were making waves at the CDIO 3* Nations Cup sponsored by Stillpoint Farm, and Dr. Cesar Parra would have it no other way.  Parra believes in creating and developing talent, both in horses and riders.  He has consistently attracted young raw talent from Europe and the USA, and helped to develop super riders by offering them consistent top training and opportunities that are difficult to come by in the dressage world.

Those riders include Katie Riley and her own Zanzibar, who she has developed since he was 4 years old.  They put out 2 of their personal best tests, winning and placing 2nd in the Developing Grand Prix division.  Carlos Munoz, who rode Karen Blank’s13-year-old Trakhener gelding Klouseau in the Nations Cup for Team Spain, helped boost Spain to the team Bronze medal.  Bebe Davis, who’s only 16, placed first and second in the CDI Florida Youth Championships Junior competition with Fievel Mousekewitz and Rotano, both owned by her parents, Michael and Sarah Davis.  Another member of Piaffe Performance, Katt Mills, showed her own Fabiano for the first time ever, leaving with three blue ribbons and three scores over 70% during the Nations Cup National show. 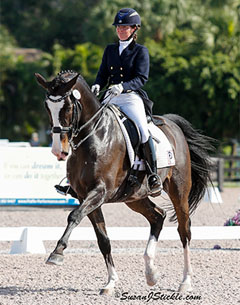 "I want people to realize that they can do much more than they thought they could,” Parra said. "It is of course a team effort, as riders get out what they are willing to put in.  I want to give them amazing opportunities to achieve their goals.  In the end it is rewarding for me to see those goals achieved."

Parra is a man with a philosophy, a fierce passion for dressage, and a sincere love for horses. As a competitor, trainer and teacher, he’s proven himself a valuable contributor to the sport of dressage. And nowhere is that more obvious than in his success in pulling together a talented team of young riders and upcoming horses. Over the past few years, he has steadily built Performance Farms into a sales and training facility with a stable full of young horses with international potential as well as a group of talented young and upcoming riders.

At the Palm Beach Dressage Derby, Parra and Van the Man, owned by Michael and Sarah Davis, proved the power of the perseverance that Parra teaches to his students, as they scored into the 70s in the Grand Prix and received a 74% in the Grand Prix Freestyle.  On an upward trajectory with Van the Man, Parra is optimistic for what the future holds, as he said with a smile, "You have to believe, then you have to go to work!" 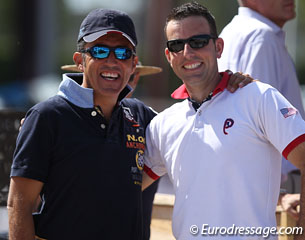 Performance Farm operates from two locations. The main base, a 29-acre farm, is located in Whitehouse Station, New Jersey, 20 miles west of Manhattan, from March-December. His southern base is in Jupiter, Florida, from December-March.

Learn more about training and sales prospects at www.piaffe-performance.com