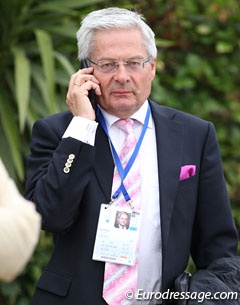 Seven members were drawn for the ground jury and they will represent three continents.