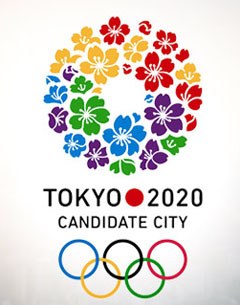 Tokyo has been chosen by the International Olympic Committee to host the 2020 Summer Olympic Games. During a vote on Saturday 7 September 2013 in Buenos Aires, the committee made its choice for Tokyo over the two other contenders, Madrid and Istanbul.

Tokyo and Istanbul had advanced to a final runoff vote to be the site of the 2020 Olympic Games after Madrid was eliminated after a tiebreaker vote. Tokyo finished first in the day's first round of voting, but Madrid and Istanbul received the same number of votes in second place. The committee then voted again to place Istanbul in the final runoff with Tokyo.

According to CNN, each of the cities has strengths and potential weaknesses.  If Turkey had won, it would have been the first Muslim country to host the Games and, with a median age of less than 30 years, one of the youngest.

Tokyo's bid comes in at $5 billion to $6 billion, but the city government has already amassed a $4.9 billion Olympic fund to pay to prepare for the Games. And a $1 billion national stadium that would be used for the athletic events and the opening ceremony will already have been built for the rugby World Cup in 2017 and is not considered an Olympic expense.

On the down side, the continuing cleanup following the Fukushima nuclear plant disaster in 2011 continues to loom as an uncertainty among Olympic committee members, he said. But Prime Minister Shinzo Abe, who made a presentation to the committee, tackled the issue head-on.

Madrid, like Tokyo, was a repeat bidder -- making its third consecutive case for the Games, one that was little changed from previous attempts.
The Spaniards' $2 billion bid said they had little need for new infrastructure. And they have ample sports experience, having hosted a number of other high-profile, international events. But the country's economic plight remained a drawback, with one out of four adults unemployed.