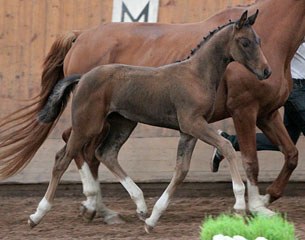 The Hanoverian branded filly Franzeska Carrus won the 2013 Finnish Foal Championship held during the 2013 European Breeding Event Finland  at the Equine College in Ypäjä at the end of August.

A total of 60 foals were presented at the EBEF. The judges for this open foal championship came from different studbooks: Dr. Ludwig Christmann from the Hanoverian society, Jürgen Esch from the German Oldenburg society and Annu Stenqvist from the Finnish Hippos.

The top three placed foals in the Championship had an average score above 9.0. 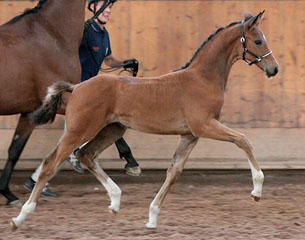 The 2013 European Breeding Event Finland had an action-packed programme with classes for mares, as well as studbook inspections, mare performance tests and an unofficial stallion inspection. 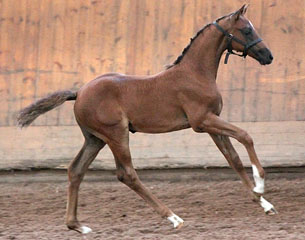 The event is annually organised by the Finnish Hanoverian Society in partnership with two Finnish breeding organisations Hippos and Finnish Warmblood Society Ratsujalostusliitto. The event also runs in corporation with the Oldenburg Verband and the local breeding society in Häme