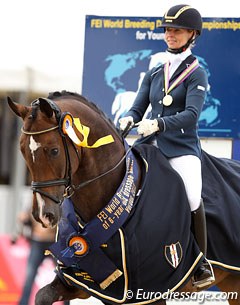 Eurodressage will bring a complete report with tons of photos of the 6-year old Final later tonight. Stay tuned as our coverage of the 2013 World Young Horse Championships continues to grow the next few days.

Text and photos by Astrid Appels - No Reproduction Allowed