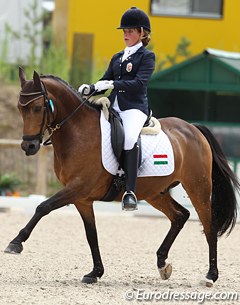 The Hungarian Equestrian Federation has selected a team of three combinations to represent Hungary at the 2013 European Dressage Championships in Arezzo, Italy on 24 - 28 July 2013. The pony team will be coached by chef d'equipe Peter Pachl.