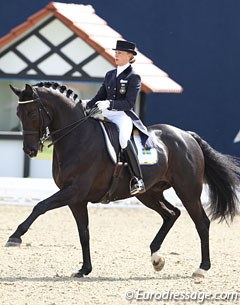 With the announcement of the British and Swedish Nations' Cup team for the 2013 CDIO Aachen on 25 - 30 June 2013 the complete list of participants for Nations' Cup leg is known. Neither Britain nor The Netherlands are sending their top team to Aachen but are strategically saving them from confrontation with the German top team until the 2013 European Championships in August.