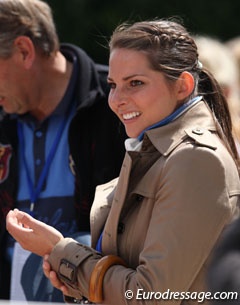 The 28-year old Rath and the 25-year old Eisenmann are both children of prominent, rich Frankfurt based families. Rath is step son to millionaire Ann Kathrin Linsenhoff while Eisenmann is the daughter of an extremely wealthy car industrialist. Both share a passion for horses and dressage. They have been a couple for four years.